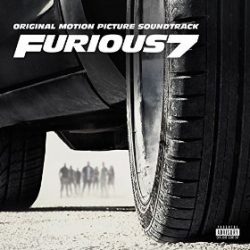 [Verse 1: Wiz Khalifa]
King size papers, king size bed
Niggas blow money but I’d rather keep mine instead
Roll something nigga, blow something
Say you’re ballin’ out of control
Let a nigga hold something
Specially if you got in, and he don’t put his niggas on
Tell me what’s the sense in even having it for?
Cause when you’re broke, you’ll have everything to gain
When you lose it all…
Let you inhale out the vap’
Do it for the taste
Usually I roll one up, then pass around
But now I smoke it to the face
Cause chiefing with niggas is such a waste
Unless they my niggas, and 9 out of 10 times
They got their own pound with ‘em
Own pack of papers and filters, on the ground
We be smoking them things like 6 at a time
5 in the L, 4 breakin’ down
3 in my head, 2 on my mind, nigga

[Verse 2: Curren$y]
A bit of a pothead
It has been said I keep one rolled up
Like LL’s pants legs
Full of life in this bitch, though
I may seem half-dead
Trust me, I’m cool
I just ain’t talking to you
And them Jet’s coming through
It’s just as I predicted
Got a bigger portion
Cause the Jet’s eating off bigger dishes now…
Ain’t that the biggest fish up in this pond?
Since life’s a bitch, tell her roll my shit up, huh?
Secret compartment in my car, James Bond
Though I’m James ball nigga bread long
And my name known known in e’ry home household
Caught them pussies slippin’ tryna squeeze
In the mouse, ho. That cheese is “nachos”
You are not chose by the Gods
To live as we do, so play your role in the movie
Ain’t no pause, no rewind
For no man, waste time
So I ain’t wasting mine
More grass, more green, more grind, nigga I keep:

[Verse 3: Big Sean]
And these bitch ass niggas
Fuck around, I’m a have to bitch-smack me a nigga (These niggas)
Roll around with a bunch of get-rich ass niggas
Who the man? You ain’t even gotta ask these niggas
I’m a fuck around and take these last 3 pictures
Man, these bitches breakin’ their neck
Just to pass weed with us
We both get high, get drunk, more shots, reload
Too high, we know, 3 more, TeVo, we blow
Bitch, how could you be so fine?
Shake that ass, she’s so mine
Taking more double shots than free throw lines
I’m might hit like 3-4 times
They say “what the fuck is you on? ”
Fuck if I’m right
Fuck it, I’m on, you fucking at home
Watching my ass, bet that I’m on
My way to the top, and I’m commin’along with’: