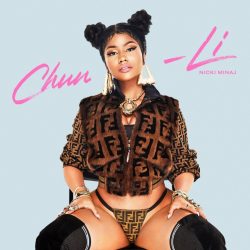 Who the hell is this callin me at 12:47 in the night, while I’m watchin the fight
Lookin at the phone, it’s no name in sight
Blocked ID, knew somethin just wasn’t right
It’s my girl Candy from out in Miami
Tellin me that my man with some bitch in the camry
Carseat in the back like they started a family
Yo, Can, stop playin, what the fuck is you sayin

Remember them chicks from the brick round nine six that we seen when we hit a lick by the project?
Oh, you mean Leah, little sister Maria
I used to go see her in front of the pizzeria
I didn’t say them, they schooled me to some bitch that you knew from back when some bitch named Kim
Light skinned flim, used to rock a low grim
Followed them to the crib, but the lights real dim
They hit me on the chirp warning me now I’m warning you, what’s it gonna be?
Nicki, tell me what you wanna do

Call the corona!
There’s gonna be a lot of black dresses and chest vestes if I find out he got a next Ms.
What you think all the goons os for?
Two by the door, a few more out of New York
And I feed em curried chicken
I’m all about my green, Nah mean?
Got some fat bitches in the kitchen
I got a spot like ox, and we cook ox
Tail, got a scale for whats in the mail
I got whatever on my nigga Pail, but if the nigga Bail,
I’ll have him sleepin with some killa whales
Damn! Bitches wanna fuck with my man
On the other hand things aint always what you Planned.
It’s the ones up in your prom pictures
So long with ya, now they wanna creep in ya man Jeep.
I bet you Nicki won’t sleep, cuz Ima put
The heat to ya beak, you bird like tweet tweet
And watch you smoke like a cigarette
Should’ve left the bitch a pack of nicorette
Leave all them foul bitches wet
I give a fuck about you and ya bum crew
Mami, I’m the truth, they salute when I come Through.
I’m not runnin bitch, I bust my gun and Hold on, I hear somebody comin

Yo, this bitch Candy set me up, yo!