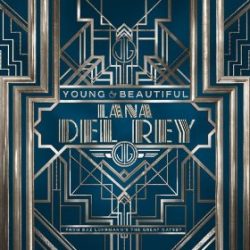 You were the freak king of the piercing shop
All the girls thought they could sing, but they’re really not, shit
I don’t get it

You’re looking like a man, you’re talking like a baby
How the fuck is your song in a Coke commercial, crazy
I don’t get it
Your taste once exquisite

You called me the queen of the downtown scene, babe
How the fuck would you go switch it up and then replace me
I don’t get it, I’m so legit

Tell me, was it ‘cause I wasn’t platinum in jewels?
That perhaps you thought I was a little bit even uncool
Kid, was that it?

Stefani, you suck, I know you’re selling twenty million
Wish they could have seen you when we booed you off in Williamsburg
You’re hurt, I know my words don’t hurt, yeah

Oh, girl, I see you walking ‘round in your pearls
Thinking that you’re number one
You’re so funny, ‘cause honey, you’re not

What happened to Brooklyn, the last frontier
They said you could make it anywhere if you can make it here
But where, no magic in the air

Punk rock, punk rock
The boys used to punch each other in the face and girls were walking around wasted
And everyone had a good night, come back in sunlight
Punk rock, rock, rock.