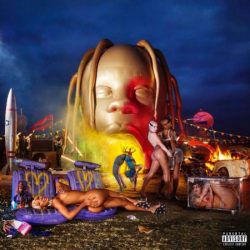 Yeah, like
You act like
Only dirty South gonna fuck with this
You hear this shit boy?
Fucking up these stages
Fucking a girl up and you know how I rap
Throw this shit up, nigga

People tryna say I’m only into me
Got a code with my dawgs, can’t get in between
I can’t give them life, no more energy
Man, man, aye man

Spent ‘bout sixty on the time, I can’t even lie
No way in, no way out, this shit do or die
So I roll, when I roll, must be suicide
Aye man, man, man (yeah!)
I can’t rock Benz, I don’t do peace (yeah!)
I’ll beast, I’ll beast, I gotta eat (it’s lit!)
Sabertooth tiger, diamond two-teeth (straight up!)
Rocking right now, won’t you come peek (alright!)
P was outside, P was outside (P!)
The way that ass shake, leave your mouth wide
You need to say grace ‘fore you say thanks (yeah!)
Aye man, man, man (yeah!)
What’s left in my life? Don’t know what’s in store
I’ve been dealing with these blessings that I can’t ignore (can’t ignore!)
Putting up the numbers, we ain’t keeping score
Man, man, aye man
I get on the block with it on my side
Running in the house ‘fore it’s twelve o’clock (yeah!)
Yeah, the hood love me but you gotta watch
Man, man, aye man (yeah!)
I just popped three, I don’t do sleep, yeah
Tryna shoot a scene, make a movie (straight up!)
We ‘gone fall thru, coming thru deep (it’s lit!)
Man, man, aye man (yeah!)
Packed up from the South, moved into the West
Iced out logo on the cross, threw it on my neck, yeah
When I rep the set, gotta stay blessed, yeah
Man, man, aye man

People tryna say I’m only into me
Gotta code with my dawgs, can’t get in between
I can’t give them life, no more energy
Man, man, aye man

Man, fuck what it meant to me
Everyone tryna take that identity
Everyone around me turned to a fr-enemy
Sit back while I sip on the remedy
I cannot let it get into me
It’s playing a toll on me, mentally