Voices In My Head / Stick To The Plan 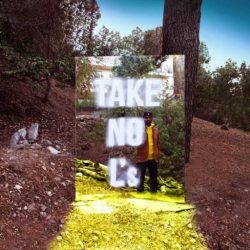 Voices In My Head / Stick To The Plan testo

I, I, I, you in my way, bitch it’s no sympathy
I, I, I, been plotting this since elementary
I, I, I, No you need to buckle down
Have people asking where you at
And wondering why you never wanna come around
You know the effort gon’ come around
Big face like Zordon
You bought the watch but can’t afford the time
Even if you running out of breath
Weight of the world doing lots of reps
Time to get this generation
Last one and then the next two outta debt
And they gon’ pay you back with respect
Just stick to the plan
Still we can chill
Back when I rocked the white and blue Grant Hills
I realized there’s no dream that I can’t fill
I manifested all while I’m the man still
(Bitch I’m the man)
Voices in my head attacking what I’m thinking
Bullet to the head might be the way to free it
If I leave my body I can free the spirits
Swear to God my death of fear just keep on shrinking
Wishing I could go back to the nineties back when I was dreaming
Me and my dog was on a mission like we Kel and Kenan
Early 2000s Detroit might as well been the hell with demons
Wondering when I started it, the losing grip
Feeling like I’m in the middle of the ocean
You either drown or canoe through it
Voices in my head said I’m used to it
Some help me to lose and some help me maneuv through it
When I talk to myself I’m confused on who’s who it
I know in life you either blow it or blew it
And at the end of life it’s gonna feel like you flew through it
I just hope by then I cut the voices in my head
Voices in my head

Ascolta Voices In My Head / Stick To The Plan - Big Sean