That’s What It Is 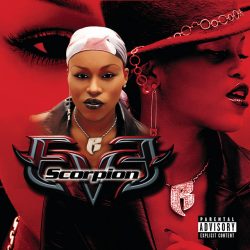 That’s What It Is testo

[Eve]
They usually hate her when she comes around
Huh, first lady mobbin nigga hit the ground
Next break into that who we what a sound
Heads boppin, never fails once the Doc’s around
Hatin the fact that she do things on both sides
But never disrespect two rings round both eyes, right?
Lady like in many ways
Because in trust I can be crazy like on any day
Some do they dirt but best believe in time they pay
Do believe in lettin shit chill til the promised day
Huh, seems they just fade away
I love it cuz them clowns they just paved the way
Left it wide open got no time to play
Mad cuz shit changed got no time to stay
Considered snobby then just hate me I don’t give a fuck
Considered sloppy to me you just need to give it up…

[Styles]
I aint got a moment to waste
I’m tryin to get to your head, so I gotta make room in your face
And they can’t see your eyes or your nose
Why P? Cuz 4, 5 slugs is consumin the space
This is Holiday you need, you fuck with the Scorpion
I don’t stop poppin ‘til your body don’t breathe
Clap more than the audience, after the show
Stab more than the butcher, and I’m kinda righteous
So I’ma help you pray for the Lord when I push ya
She the First Lady, I’m the ghost with the gun
Aimed at your son that’ll love to burst crazy
Ruff Rydin the clique, come up outta your shit
Get clapped in the wig, sold alotta records
But we never gave a fuck so it’s a wrap for the kids
Gat to the back and the ribs
We the hood, even Holiday bitch that’s what it is

[Eve]
Broke out and got grown, holdin her own
That bitch come strong, give up, dead wrong
I don’t even fuck around ‘less your head strong
Aint too many that’s around that can match they mind blown
Can’t figure her out
Is she street, sweet, gutter, I’m from the hood
Alotta y’all niggas gold
This bitch two million sold
And I just figured that I’d make it known
Baby girl got the whole world in her palm, alone
Watch me rock, got my lip cocked
Spit fire, watch it better duck, you stuck, you crossfire
Thought you was the realest you said you caught liar
Any time you at where I be, I’ma try you

Ascolta That’s What It Is - Eve