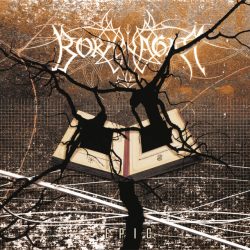 In coherence of the universal clue.
The elements served as our dictionary.
The vast and the narrow’s rendezvous.
Where abstraction and the precise momentarily.

Shared an equal confounded abode.
But soon we entangled ourselves in that maze.
Then, nature’s stratum began to erode.
As our fire burnt soil’s face.

We suddenly changed our mind’s nutrition.
To outshine the forces, became our probe.
Beauty we turned into perdition (to prove that). – “man is
greater than a microbe”.

We’re the voice of thunder and image of lightning.
It rove inside us since day one.
In past times we tamed the frightening.
A heritage leaping, from father to Son.

But the Son became imperial.
As soon as he mastered gravity.
World’s resources were immaterial.
For his ennobled colony.

His urges with chaos reconciled.
Throughout land’s and ocean’s enormous spectrum.
The alliance continues until he defeats the fossilized.
History, sealed in a petrified museum.

But, we can’t transform our origin.
Atoms stay atoms forever.
The senses of Nature will always win.
In this earthly endeavour.
From quantum theory to rustic haven.
The laws of origin control birth.
From feeble fool to strong maven.
Everyone inherit the earth.