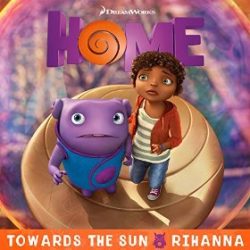 [Verse 1: Trey Songz]
No matter what the Price is, I’m a tell her swipe it, This what my life is like, You know dat.
Termaine What’s tha hold up? Granade when I blow up, Everybody Own nuts, What? Hold that.
Tha Prince Here, Been Here, Sincere Like Nas in Belly. Told ya’ll Get ready.
Money call me all day No Cellie. In Tha Back sit Straight Freak No Tellin.(Come On)
Beat Beat, Skit Skit, No Ying Yang.
Best Throat, West Coast, I Been Game.
My Name, Yo Name ain’t Tha Same. You Can’t Complain you Been Lame.
Can Care Less, I say I’m a Gunin tha Half of You.
They care less Now, run it like tha Calf Muscle.
They say I’m a aimn at tha Pedastool, but can you blame a nigga aimin at Incredible.

[Rihanna:]
They can say whatever I’m a do whatever no pain is forever
Yup! you know this
Tougher then a lion ain’t kno need in trying I live where the sky ends
Yup! you kno this
Never lying, truth teller that rihanna rain just won’t let up, all black on, blacked out shades, blacked out mayyyy bach
I’m rock this shhh… like fashion? going til they sayyyy stop in my runway never looked so clear but the hottest bitch in heels right here, no fear, and while you getting your cry on, I’m getting my fly on, sincere I see you aiming at my pedestal, I better let you kno

[Verse 2:]
My Armor Talk for me. They Say “God Damn” Give My Fresh Room to Breath, They Ain’t give enough room for Gs. So I Take Room, Go hard all Day No Break Room. No Sliver, Grew Up With a Grey spoon. Rihanna Beat, eat it off Trey Spoon. Sip Sip, then Get Get. Make the Song cry drip Tears on her Tiddy.(What?)
Life Is So Lovely, Face So Pretty, Flow Ugly.(UGH)
Arrogant Fucks, Is starin at Us, Prime Ribs Apragus Cuts. Cabane’ This Trey By The Way. I Ain’t Never Lettin Up, Say they go so Hard but they Barely Gettin Up. Mean Mug, So Hard, But you Barely Gettin Tuff. I Barely Give Fuck, Keep a Bible on StandBy I Barely need a Cut.

[Verse 3: Young Jeezy]
Go hard or go home, back to your residences, soon as the red dogs give the block back to the presidents, I used to run my whole block like obama and them, you don’t have to believe me go ask my momma and them, could’nteven come in my room smell like… look like me and two of my boys was playing casino, everything I keep in my bag they californ it, tell them give me back my swag they tryna cone it, see my louis chucks, louis flag, louis frames, louis belts, what that make me louis man? I’m in the all white party, wearing all black, with my new black watch to cause a heart attack, cardiat arrest, cardiat a wrist, yeah they say they hard, they ain’t hard as this, hard the one word that describes me, if I wasn’t doing this you know where I be