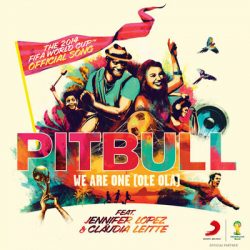 School ya’ll to somethin right quick
Sit down, open your ears, close your eyes, listen
Here’s a little story that I got to tell
About this Chico named Pit everyone knows so well
Illmatic like Nas but that ain’t hard to tell
Owes it all to Dade County and the ATL
Picked rap and skipped the triple beam scale
And it’s a known fact he gon’ die before he fails
These boys rap about hustlin’ but can’t make bail
I call that hustling backwards and that’s real
Miami’s hot so I can vacation in hell
The way the game is shit, man, I mind as well
I look at these fools on camera flashin’ they tools
They must’ve forgot the streets got codes and rules
But me, I’m confused
‘Cause rappers wanna be gangstas
Gangstas wanna be rappers
Ballers wanna be rappers
And rappers wanna be ballers
The truth is it’s more sickening than Ebola
Until they handcuff then it’s over
Pop up no dandruff, no neck, just head and shoulders
Bust guns, sell drugs, that’s what the streets showed us
But corporate America, that’s what they sold us