A Strange Journey Into The Unimaginable (2018) 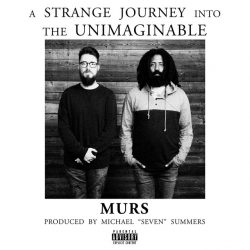 It was the year 2000 when I first sipped lean
My homie from D-town put me on the scene
This was way back, before it was a big thing
Before every rapper was a fucking dope fiend
My little brother went to PV, he put me up on that DJ Screw n’ Pimp C
He was still free at the time, I was on tour with the legends tryna shine
I hit the club, looking for the plug
I was down deep in [?] tryna find this new drug
Met this dude, said he’s from the northside
Said he knew a spot and he would give me a ride
Didn’t think twice, he said that he was a fan
And I would do anything to get up out the van
Fifteen seater we was rolling ten deep
And I was sittin’ bitch so I couldn’t get sleep
I heard codeine was the thing to make you pass out
Got to the spot, he told me pull the cash out
I asked how much, he told me forty bucks
He came back with a baby food jar (what the fuck)
He said it was a deuce, I mixed it with the soda or I mix it with some juice
He just laughed and he told me be patient
[?] the corner, we was at the gas station
Got some ice in a [?] cup
A can of orange soda, it was time to grow up
I started sippin’, headed back to the show
‘Bout the time I hit the stage, everything was movin’ slow
The front row was lit, the show was super thick
I walked straight to the edge of the stage and then I slipped
The rest of the show went on without a hitch
When it was over, I was sober, I was looking for a chick
Walking through the crowd, hey yo where is at?
Staring at this chick, she started staring at me back
Before I got the chance to go and start flirting
This bitch nigga stepped on my Jordan thirteens
I kept them on ice, since 1998
Just looked down and chuckled, then he laughed to my face
Laughed because I fell off the stage, he had jokes
So I knocked his ass out in front of all of his folks
Fucked around, out of town, and I couldn’t got smoke
But sometimes it’s like “fuck it”, you gotta go for broke
One of his homies stepped up and got knocked out clean
While the dude who took me earlier to go and get the lean
Didn’t make a scene
We pushed it to the car
Then headed to the spot, and we copped another
This time we bought a pipe, ‘cause I owed them that
When people show you love, you always show it back