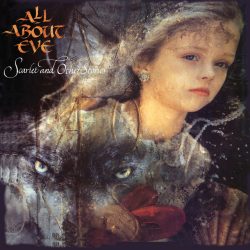 Yea Yea, E-V-E
And you know, you better know

[Snoop Dogg]
I keep some chuck’s on my feet khakis on my legs
Trunk full of funk nigga while im breaking bread
Sliding through your system banging, bobbing heads
Doing mines and I don’t care what other niggaz saying
They can pop it, but they can’t stop it, boy I’m getting mine
Selling clothes up in this bitch like Calvin Klein
Getting cuties to shake they booty at the same time
I’d be damned If I go back to jail for the same crime
I’m to slick to get caught up in this dirty game
I’m a scollar that make dollaz off the birdy game
Crip hoping I got it popping on the Blvd.
Man I ain’t fucking with chevy’s I got my own car
D-O Double you don’t wanna rumble, why you testing me
Oh I know, you must be gone off them extacy
Bad habits you better kick it before it get you loc
And try to get yourself hooked on this chronic smoke
Fo’ sho!!

[Chorus: Nate Dogg]
Hey Y’all, doggs from East to West Coast
All my doggs we could smoke, we ‘bout to take some bank roll
Everywhere that I go, man I see the same hoes
I know they already know, yea we like it real raw
Snoop, Evie Eve and Nate Dogg

[Eve]
(uh-huh)These niggas got you head nodding
And this chick got the drums from your ears throbbing
Known to do it, baby bubblin do ‘chu dare stop it
Love when bitches hate you, hear the song pimps
ain’t nothing to me, Got my nigga Snoop he been down
As for my nigga Nate, shit he was in town
created heat so you can bang it, crank it nice and loud
Can’t block me out I’m popping up Evie Eve, I’m upon your tv
Ain’t never stuck up off the freezyness
Same bitch, same pitch nothing rediculous
Want this brown girl I see you thug lick your lips
Gotta have that bombshell, damn girl I need you for me
Keep love on the both sides, we in the church
On these niggas getting smoke ties, dominoe playing
Up here praying that they legalize, but fuck it still choke top down
Baby blowing smoke in the sky, come on

[Eve]
Now when you see me acting up in the club (it ain’t nothin)
Uh six fall up on dub’s (it ain’t nothin)
Huh breaking up blueberry buds (it ain’t nothing)
And every hood showing nothing but love (it ain’t nothing)
Taste buds ain’t the same, for the simple brain
Should of never let me learn what millions really mean
Yea I’m a simple girl, but really don’t want simple things
Keep real doggs close, hate cats with simple brains
Not ready for the collision, stay up in your lane
East coast, West coast, you still don’t fuckin think
Dedicate to you baby, keep your gangsta lean

[Snoop Dogg]
You gots to be my queen, cause I’m the Bigg king
The one with the Bigg house with the Bigg things
Sista Eve, you blessed the whole scene
You’re the queen of the team, with cream, you’re so supreme
A blessin in the skies, open up your eyes
Me and you together shit, we gone collect the vibes
Exercise, and go where we wanna go, stay fly
Sho’ and original, turn up your stereo
Cause here we go, here we go