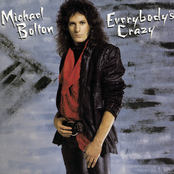 Sweet little girl, she’s the high school queen
She lives tonight, in every school boys’ dream
Oh, but nobody knows how she’s cryin’
She’s just a child goin’ on seventeen

She gets so confused by her friends and their scenes
They don’t mean what they say
They don’t say what they mean
She reads the signs, reads between the lines
But it makes no difference
There’s no reason or rhyme

Just hold on girl, as long as you can
In time you’ll learn what you don’t understand
It’s the human condition, it’s the nature of man

This city boy, he don’t want no control
He just wanna party and play his rock ‘n’ roll
But here they come to turn the pressure on
Say’n son, your partyin’ days are gone

The time has come now to be a man
Find your place in the world, gotta take what you can
You’ve got no ambition, take a look at yourself
When ya gonna straighten out, be like everybody else

The boy said listen dad, you’re bringin’ me down
I am who I am, I’ve had a good look around
There’s one thing in the world I can tell you I’ve found

There ain’t no wonder things are so outta hand
Sooner or later, ya come to understand
The human condition, it’s the nature of man